Music sharpens our brains, heightens our sense of awareness and helps develop an appreciation for beauty and value. Children who are involved in music have better skills. They are more disciplined, patient, respectful, and dedicated. Music enables them to succeed in all their endeavors. We remain for all our lives sensitive to the power of music: it holds the key to solving seemingly insurmountable challenges and obstacles. In times of difficulty, 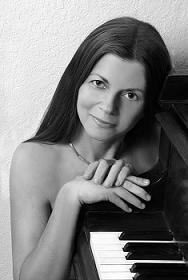 the arts become more vital to the human condition. Through the arts we honor our past, celebrate our present and dream of our future.
Now that the importance of music in our lives has been established, lets take a detailed look at how piano lessons will affect a child:
Piano Lessons Help Children in School
Research on neurological development shows that the earlier children begin to play the piano, the deeper the neural coding will be. Those children will score higher on both the standard and spatial cognitive tests. They score higher in math than their peers, especially on problems dealing with ratios and fractions.
Music Transforms You,
Daniela Clapp

First we have to examine what ornamentation really is. It means adding notes to a melody to allow music to be more expressive. We also call this “embellishment.” We use embellishments to emphasize a note and to prolong its length, because the earliest pianos didn’t have the ability to sustain sound.
The Baroque Era was dominated by

Johan Sebastian Bach (1685-1750). So we trace ornamentation starting in the baroque era, because not much music is available before that time. An ornament is a set of extra notes associated with the main note. They make music more expressive, because they create a dissonant sound that resolves to the consonant sound of the main note. This creates tension and relief. Ornaments can be written in several ways. The most basic of all ornaments is the appoggiatura. Also there is the Mordent, the Turn and the Trill. In the Baroque Era the trills begin on the auxiliary note, rescolving to the main note. In the Classical Era, a turned ending became more common, but starting the trill on the upper auxiliary note continued. In the Romantic Era, some started the trill on the main note to prevent blurring the melodic or harmonic outlines. Romantic trills may begin on the auxiliary note or on the main note.

So, having a choice caused confusion because it was not immediately clear or obvious to the performer whether to begin on the auxiliary note or on the main note. But to clarify this confusion, ornaments must be played according to the composer’s intentions and conventions of the era in which the music was written.
Music Transforms You
Daniela Clapp
Daniela Clapp 2012-11-28T20:36:56+00:00

Get access to our free lessons plus receive our newsletter full of resources on how to successfully teach piano to the child with special needs.

You have Successfully Subscribed!